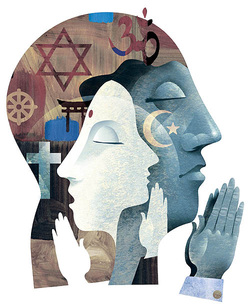 
WHY I WAS KICKED OUT OF THE SEVENTH DAY ADVENTIST CHURCH! Twice

I was about 22 years old the first time I was excommunicated from church. I was a  Seventh Day Adventist. I became Adventist at age nineteen after studying about the Sabbath with one of my siblings who had married into the church, so to speak. She and her husband actually converted together. Years later I stayed with her and her husband after a breakup in my relationship with my daughters father. It was so peaceful at her house. I read a lot and they had no tv so, Ellen White it was.

Ellen White is the prophetess for the Seventh Day Adventist Church (SDA). She wrote numerous books on how SDA should conduct their lives and live out their religion. She wrote many famous books such as The Great Controversy, Steps to Christ and The Desire of the Ages. I enjoyed her writings, they opened my mind and made me think a lot about living differently. I remember one book I read at my sisters that summer by E. G. White, called, The Adventist Home. This woman spoke on everything from how to clean your house, how to dress, eat, teach your children etc. I had never seen such an exhaustive book  from any religion telling people how they should carry themselves in such specific ways. I liked it because it gave me direction.

Soon her husband carried me through the foundational message of the Adventist Church and I was baptized at age 19. I was a faithful SDA for nearly 7 years before I left. A group of SDA left the church to begin a new church in the city I grew up in, in Connecticut. For several years we struggled alone trying to build a new congregation with no support from the SDA Conference. They were suppose to send a preacher, Sabbath School books and support us until we were established. I actually joined them a year or so after they started. The meetings were held at a local recreation center and later in my in-laws house. (After we were disfellowshipped.)

After several years of not getting any help as we should have, and after requesting the help that was promised several times; they finally sent help. It wasn't that simple of course you see. Over the years we had become very popular as The Mission Church. SDA members drove 2 hours or more to come to our services. We had elected an Elder to give the weekly messages and hold the weekly services. He did a great job. Our studies were deep and lasted for several hours during the week and all day on Sabbath. It was a good time in my life. I learned how to cook, train my child and learned to carry myself as a woman belonging to the Lord.

After we became very popular by word of mouth, we received a letter about five to six years later saying the church was going to send us a Pastor. A meeting was called; actually, several meetings were held and we discussed the pro's and con's of letting the Pastor/ SDA Conference take over and change everything from the way we had successfully established it without their help. We weren't using their lesson books because they didn't send us any. Our studies were of our own choosing. Straight from the Bible first, Ellen White, second. Some SDA get confused about that order.

We all took a vote and decided not to accept the Pastor the church finally wanted to send. So, they soon sent another letter saying that "they" a group of Pastors and the head of the Church Conference were planning to attend an upcoming Sabbath Service at the  recreational center we gathered at. We we informed that we would be asked to receive the Pastor and follow the guidelines of the church. We were advised that our names would be removed from the Seventh Day Adventist Membership roster if we did not comply. Lucky me, I was a rebel in disguise among a group of rebels in disguise and we stood our ground and were disfellowshipped.

I remember that day so clearly though it was nearly 30 years ago to date. There were about 4 or 5 men that came that Sabbath Morning. They sat at the front of the church. We we singing songs of praise. I remember feeling intimidated by their black suits, white shirts, black ties, and heir of importance they imparted. When the singing stopped, our Elder introduced them as best as possible, and then let them speak to us. They spoke to us from the front of the congregation urging us to comply. They had each of our names and asked us each one by one if we were aware that our decision would excommunicate us from the church? We each held our ground as they spoke to us one by one, calling us out by name asking the same series of questions.

It was a peaceful departure that time~Not so much the second time . . .

The Second and Final Excommunication!

I had enough, I decided not to go back for a third bounce. Since, I have had difficulty belonging to any church! Still working on that; or not! I feel free today. I know the Spirit lives and dwells with me. That my Creator loves me and today,
that is enough!